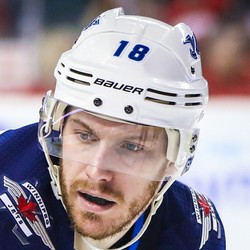 Bryan Little was placed on IR this morning after a scary incident on Tuesday against the New Jersey Devils. Little took an errant puck to the side of the head which led to him leaving the game and getting 25-30 stitches. Little was also transported to a local hospital for neurological evaluation. It is expected that Little will be released from hospital today and will make a full recovery. At this time there is no timeline for his return to hockey related activities.

Bryan Little has had his share of bad luck to open the 2019-20 season. He opened the season on the IR after taking a hit to the head in the final preseason game which saw him miss the opening 9 games. Little has since played 7 games but he will now miss at least a week of action, maybe more.