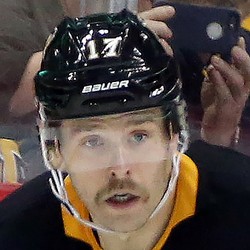 Rust scored on the power play in the first period as well as helping Jason Zucker and Teddy Blueger in the second as the Pens defeated Toronto 5-2.

Although he had six pointless games, the winger is recommended for fantasy at 48 points in 44 games (+16).