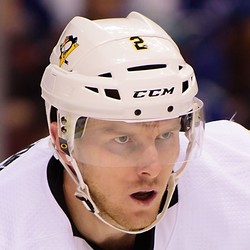 Chad Ruhwedel with first goal of his season on Saturday

Ruhwedel scored in the first period and was credited with an assist in the second period of the 5-3 win over Detroit.

The veteran defenseman has three points in seven games this season, so he is not of much interest in fantasy.