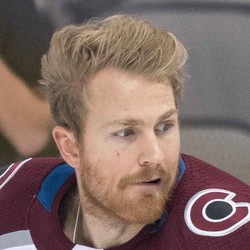 Colin Wilson potted a goal in the Avs much needed 6-2 home victory over the Edmonton Oilers, helping keep distance on the trailing Arizona Coyotes for the final playoff position. He finished the night with one point, a minus-1 rating, three shots, one hit and one block.

The goal he scored was what appeared to be slow motion spin-o-rama that beat the Oilers tender. It wasn't the prettiest we've seen but it was effective and counted. Wilson has been a silent beauty for the Avs in their late season push as he's taking elbows to the face, drawing blood, and working in the tough spots to come out with the puck and make plays happen. Grit isn't something you'll see on the score sheet but he has plenty of it. He's up to 12 goals and 26 points this year.