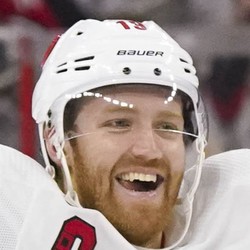 Dougie Hamilton will be ready to play when the NHL resumes

Hurricanes GM Don Waddell commented on Hamilton's health in April, stating, "... he'll be ready to play when we drop the puck." Considering it has been three months since then, Hamilton should be at 100% when the NHL's qualifying round begins August 1st.

Hamilton was arguably the top fantasy defenseman this season before fracturing his left fibula. If he can return at full capacity, and the Hurricanes make it out of the qualifying round, he will be extremely valuable to own in your playoff pools. He is currently ranked behind Kris Letang and Roman Josi in NHL.com's Top 115 playoff rankings, so you may even be getting him at a value in drafts.