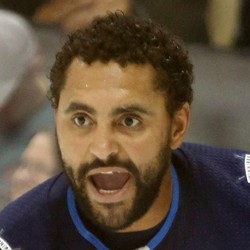 Dustin Byfuglien is currently away from the Winnipeg Jets training camp and is reportedly pondering his future in the NHL. There is no timeline for a decision, though it sounds like the Jets will give him all the time he needs to figure it out.

Losing Byfuglien on the Winnipeg Jets blueline would be a catastrophic loss for the team, especially after seeing Jacob Trouba traded to the New York Rangers in the offseason. In addition to losing Trouba, the Jets also lost Tyler Myers and Ben Chiarot via free agency. If Byfuglien does decide to retire, move Josh Morrissey way up your defense rankings as he would likely quarterback the Jets top powerplay unit.