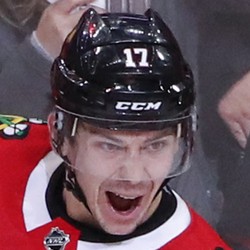 Dylan Strome had three points in the Blackhawks’ 6-2 win over the Ducks on Tuesday. He was a plus two with two goals, one assist and five SOG in 13:59 of ice-time. Strome now has 12 goals and 24 assists in 54 games played.

Strome could become a useful fantasy piece if he continues to center the Patrick Kane line. He should be added to watchlists in shallow leagues and in deeper leagues he should be added. The biggest issue is the Blackhawks’ have been changing their lines up often this season.