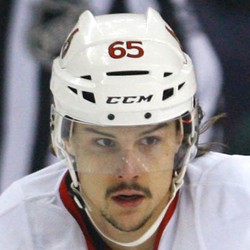 The San Jose Sharks and Erik Karlsson finally came to terms on an eight-year $92 million deal.

The Sharks were able to lock up Karlsson before July 1 which is when the free agent market opens up. The contract is good until he turns 37, so the Sharks have secured him for the remainder of his prime years. Karlsson only played in 56 games this past season due to injuries, but during that time he produced 45 points for the Sharks' offense. He will look to use the offseason to his advantage and recover from any lingering issues he may have before the 2019-20 season begins.