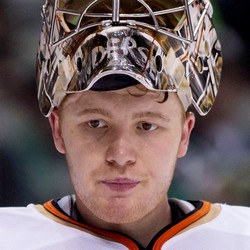 Frederik Andersen to start in goal versus Avalanche

Frederik Andersen will receive the start in goal for the Maple Leafs on the second night of a back-to-back against Colorado. It's the first time he's played on back-to-back nights since January 6-7 of 2017.

Andersen reportedly approached head coach Sheldon Keefe about getting back in the net tonight. He got lit up for five goals against on Tuesday against the Flyers, so this game will give him the chance to wash away that sour taste quickly. He carries a 13-6-3 record into the game, along with a 2.59 GAA and .917 SV%.