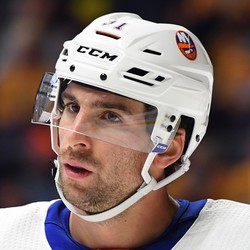 John Tavares was held without a point and finished with a minus-two rating during a 5-2 loss to San Jose. He did have three shots on goal in 19:16 minutes of ice time.

Even though he failed to record a point in this game, Tavares does have three goals and two assists in his last five games.