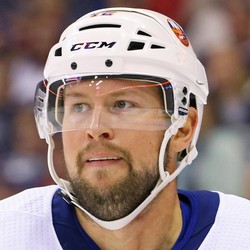 Josh Bailey with an assist in loss to Canucks

Josh Bailey picked up an assist and a SOG in the Islanders 5-4 shootout loss to the Vancouver Canucks on Tuesday night. Bailey would leave the game in the first period not to return with an undisclosed injury.

Josh Bailey was in the midst of an average season for the Islanders with 14 goals and 29 assists on the year. Bailey has played in every game for the Islanders this year, but that streak would appear to be in jeopardy with the Islanders playing next on Thursday night against the Flames.