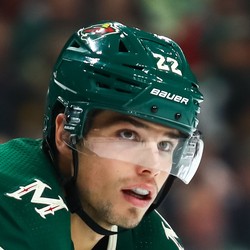 Kevin Fiala nets his second goal of the season

Fiala scored his second goal of the season in the Wild's win on Tuesday night.

Fiala now has three points through 10 games this season and is a -3. The former 11th overall pick in 2014 has never scored more than 48 points in a season. On pace for 16 goals at this juncture, fantasy owners will need to see more from Fiala before he's worth a pick-up.