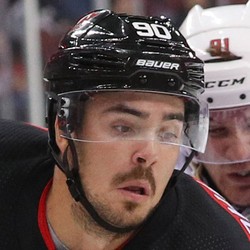 Marcus Johansson has agreed to a two-year, $9 million contract with the Buffalo Sabres.

The 28-year-old Johansson has only managed to play in 87 games over the past two seasons combined due to concussion issues. But after being acquired by the Boston Bruins from New Jersey at last season's trade deadline, he proved he still had the ability to produce in a middle-six role, putting up 11 points in the playoffs on a run to the finals. Johansson produced 58 points in his last full season back in 2016-17, but the 40 point mark is probably a more reasonable expectation for Johansson if he can maintain his health with the Sabres.