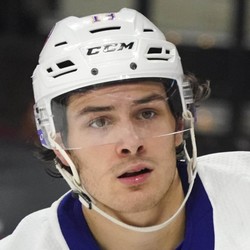 Mathew Barzal comes up big in loss to Senators

Mathew Barzal had a goal and two assists to go along with his five SOG in the Islanders 4-3 loss to the Ottawa Senators on Thursday night.

Mathew Barzal had been in a two game scoring slump, but he broke out in a big way with three points against the Senators. The Islanders have not been playing great hockey as of late and it is tough to trust many of them for fantasy. But, Barzal is the one guy you should have the most confidence in.