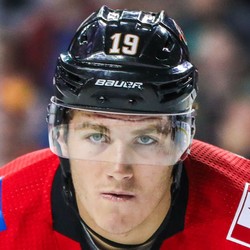 He has now reached the 50-point mark in his 60th game with 20 goals and 30 assists with a minus-nine rating. In his last five games Tkachuk has two goals and four assists.