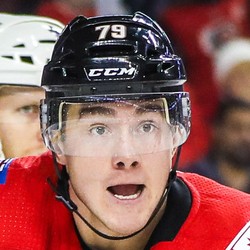 Michael Ferland and the Vancouver Canucks have agreed on a four-year contract that will pay the left winger $14 million.

The 27-year-old is coming off a season where he collected 17 goals and 23 assists with the Hurricanes. Not bad, until you consider he ended the season on a 17-game goal drought (plus seven playoff games). On the bright side, he contributed 182 hits, which was fourth among forwards with 40 or more points. Ferland is naturally a checking-style player, but he's managed to not look completely out of place when lined up in situations with skilled playmakers. This issue being, those aren't exactly abundant in Vancouver. His physical play coupled with consecutive 40-point seasons keeps him on the fantasy radar for now, but he'll be in tough to eclipse that threshold again this season.