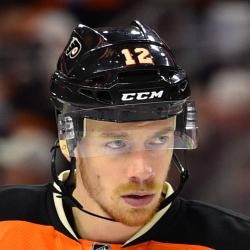 Michael Raffl scores his first of the season

A former 20-goal scorer, Raffl has been very quiet offensively, but was finally rewarded on Sunday. He's a player who shouldn't be owned in many leagues as it's tough to envision him contributing on a consistent basis.