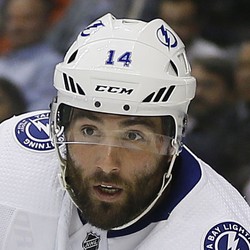 Patrick Maroon scored a goal on his only shot on goal against the Florida Panthers on Thursday.

The Stanley Cup champion is off to a good start with his new team. As Maroon is playing on the fourth line, his fantasy relevance remains to be seen. However, Maroon got a lot of time on the power play.