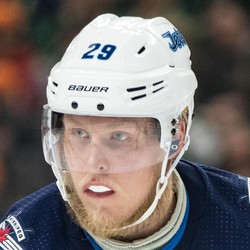 Patrik Laine scored his 9th goal of the season on Tuesday night when the Winnipeg Jets defeated the Detroit Red Wings 5-1.

Up next for Patrik Laine and the Jets is another game against the lowly Red Wings, this time in Detroit on Thursday night. Laine and his team should be poised for another strong night offensively.