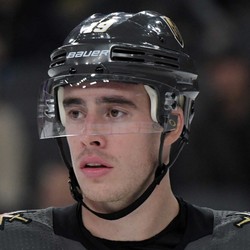 Reilly Smith puts in two goals in the Golden Knights' win over the San Jose Sharks.

Smith's second goal came shorthanded in the third period. The Vegas Golden Knight top six yielded many early and middle round picks in fantasy drafts this season, including Smith. If he can stay healthy, Smith can easily top his 53 point total from last season.