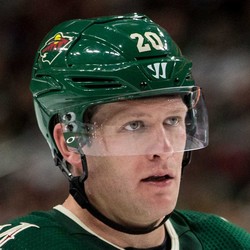 Ryan Sutter tallied his 33rd and 34th assists of the season on Friday night as the Wild bested the Oilers 5-to-3.

Sutter's 34 assists have him over the 30 assist mark for the seventh consecutive season. Additionally, he has seven goals on the season (with a chance to hit double-digits for the first time in his career) and has his best shooting percentage since the 2006-2007 season. His -10 plus-minus has to be considered, but fantasy owners in need of blue line scoring should look to roster Sutter.