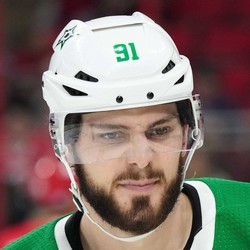 Tyler Seguin with a goal versus Hurricanes Tuesday

Tyler Seguin scored a goal 51 seconds into the first period to give the Stars a 1-0 lead against the Carolina Hurricanes Tuesday.

Seguin has now produced four goals in his last seven contests, after enduring a 17-game goalless drought from before. He has 16 goals and 48 points in 63 games this season.