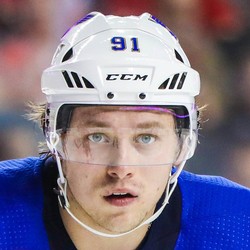 Vladimir Tarasenko out for several months

Vladimir Tarasenko will have surgery on Tuesday to replace a damaged shoulder. He has been placed on long-term IR and will be reevaluated in five months. This comes after Tarasenko had already had shoulder surgery in April 2018, followed by knee surgery this off-season.

This is a devastating injury for all involved. Tarasenko has reached at least 66 points in all five seasons he has played in at least 65 regular-season games. He remains a very good player in longer-term leagues if you have the bench space.