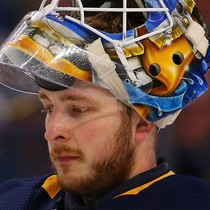 Linus Ullmark gets the win on Tuesday against the Blues

Linus Ullmark stopped 28 on the 30 shots he faced for his ninth win on the season. He currently has a 2.83 GAA.

Fantasy Impact: Ullmark has won four of his last five starts and when in net is playing well for the Sabres. He is worth starting when he is in between the pipes, especially in two goalie leagues. 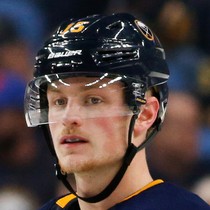 Fantasy Impact: Eichel has been on fire as of late, with 12 goals and 13 assists during his current point streak. He will not hurt you in anyway and belongs in your lineup on a nightly basis. 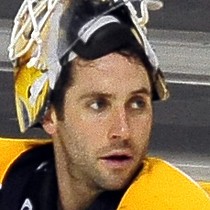 Carter Hutton continued his hot start on Tuesday as he stopped 25 shots on his way to his sixth victory on the year.

Fantasy Impact: Hutton is perfect on the season with 6-0-0 record. The Sabres often rotate goalies, but he is worth rostering as he does get majority of the starts for Buffalo.

Casey Mittelstadt has a three point night against Los Angeles

Casey Mittelstadt had his hand in every Sabres goal on Thursday, scoring twice and having an assist.

Fantasy Impact: Mittelstadt is not a must own player right now, but he has a very high ceiling. He is one to monitor if he gets hot.

Victor Olofsson scores on the power play on Monday

Olofsson now has five goals, seven points to start the season. All five goals have come on the power play.

Fantasy Impact: Olofsson is one of the hottest rookies in the league and very well may have gone un-drafted in your league. If that is case, he is worth the waiver add. 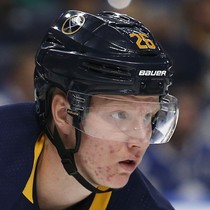 Rasmus Dahlin with a helper against Columbus

Rasmus Dahlin recored his fourth assist, fifth point overall on the season on Monday. Dahlin is also a +4 on the year.

Fantasy Impact: Dahlin is off to a great start for the Sabres, and the future is bright for the young star. He should remain a top offensive defenseman for years to come. 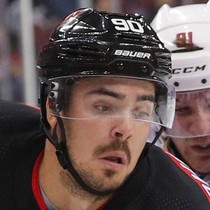 Marcus Johansson has agreed to a two-year, $9 million contract with the Buffalo Sabres. (Source: David Amber on Twitter)

Fantasy Impact: The 28-year-old Johansson has only managed to play in 87 games over the past two seasons combined due to concussion issues. But after being acquired by the Boston Bruins from New Jersey at last season's trade deadline, he proved he still had the ability to produce in a middle-six role, putting up 11 points in the playoffs on a run to the finals. Johansson produced 58 points in his last full season back in 2016-17, but the 40 point mark is probably a more reasonable expectation for Johansson if he can maintain his health with the Sabres. 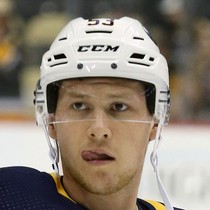 New Sabres head coach Ralph Krueger claims he has been in contact with Jeff Skinner and is confident that they will come to terms on a new deal at some point this offseason. (Source: Buffalo News)

Fantasy Impact: Skinner finished the 2018-19 campaign with 40 goals and 23 assists during his first season in Buffalo. If he is to eventually resign, he will most definitely be one of their important pieces to build around as the Sabres look to return to the playoffs for the first time since 2011. 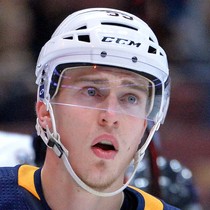 Rasmus Ristolainen got his 21st assist of the season on Jack Eichel’s second period power play goal in the Sabres 4-1 loss to the Blues on Thursday night. 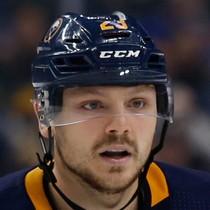 Sam Reinhart grabbed his 29th assist of the season on Jack Eichel’s power play goal in the second period of the Sabres 4–1 loss to the Blues on Thursday night.

Fantasy Impact: Sam Reinhart is keeping up his career season scoring pace. Reinhart got his 29th assist on Thursday to go with 8 goals through 38 games for just a hair under a point-per-game. At this point Reinhart should easily beat his career high of 50 points. Reinhart is a must own and start in any fantasy format. 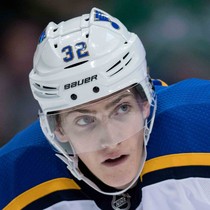 Tage Thompson got his 3rd assist of the season on Johan Larsson’s third period goal in a 2-1 Sabres loss to the Capitals on Friday night.

Fantasy Impact: Tage Thompson got his first point in 9 games to give him 4 goals and 3 assists through 29 games. Thompson has no value playing on the Sabres fourth line and getting no power play time. 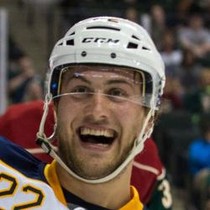 Johan Larsson scored his 3rd goal of the season in the third period of the Sabres 2-1 loss to the Capitals on Friday night.

Fantasy Impact: Johan Larsson now has 3 goals and 2 assists on the season through 30 games. Larsson has no fantasy value.

Evan Rodrigues scored his 2nd goal of the season in the third period of the Sabres 3-1 win over the Coyotes on Thursday night.

Fantasy Impact: Evan Rodrigues on the right line has potential but he is currently on the Sabres 4th even strength line but at least gets power play action. Rodrigues has 2 goals and 8 assists in 26 games. Unless Rodrigues gets a better pairing his value is restricted to only the deepest of fantasy leagues. 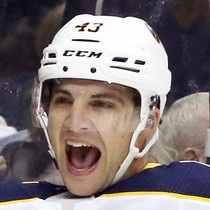 Conor Sheary got his 7th assist of the season on Casey Mittelstadt’s first period goal in the Sabres 3-1 win over the Coyotes on Thursday night.

Fantasy Impact: Conor Sheary is in the black hole of scoring that exists outside of the Sabres first line. Sheary is on the second even strength line with Casey Mittelstadt and Kyle Okposo. Sheary is also on the second power play unit. Sheary has 6 goals and 7 assists through 28 games. Numbers that are good enough for deeper fantasy leagues only. 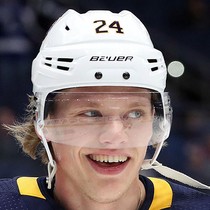 Lawrence Pilut got an assist on Johan Larsson’s 3rd period goal in the Sabres 4-3 overtime win over the Kings on Tuesday night.

Fantasy Impact: Lawrence Pilut has 2 assists through 5 games so far in his NHL career. Pilut has displayed offensive ability in every league he has played in so far. Pilut is getting second power play duty to boot so he should get more scoring opportunities. Pilut is a sneaky add in deeper or keeper fantasy leagues.

Casey Nelson got his 3rd assist of the season on Nathan Beaulieu’s third period goal in the Sabres 3-2 overtime win over the Sharks on Tuesday night.

Fantasy Impact: Casey Nelson has 1 goal and 3 assist on the season. Nelson is a healthy scratch often and doesn’t get any special teams duty so he is best to ignore for fantasy purposes. 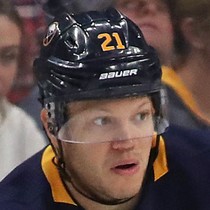 Kyle Okposo got his 10th assist of the season on Rasmus Ristolainen’s second period goal in the Sabres 3-2 overtime win over the Sharks.

Fantasy Impact: Kyle Okposo has steadily produced this season. Okposo’s production could pick up with his new linemates of Tage Thompson and Casey Mittelstadt on the second even strength line and he is pulling first power play unit duty as well. Okposo has 5 goals and 10 assists in 25 games. While he may not reach the 60-point mark he achieved with the Islanders he should get between 40-50 points. Okposo is a decent medium to deep fantasy league player at this point. 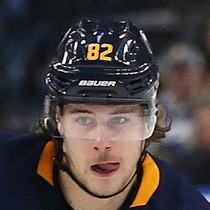 Nathan Beaulieu scored his 3rd goal of the season in the third period of the Sabres 3-2 overtime win on Tuesday night.

Fantasy Impact: Nathan Beaulieu has some offensive upside but rarely gets deployment to utilize those skills. As well, Beaulieu is a healthy scratch occasionally. On Tuesday night he did play and scored his 3rd goal of the season to go along with 2 assists in 15 games. Decent numbers for limited duty. Beaulieu retains no value as he gets scratched some games and when he does play he gets lower defensive pairing and no power play time. Until Beaulieu gets more ice time on a consistent basis he shouldn’t be owned in any fantasy format. 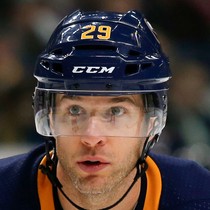 Jason Pominville got his 9th assist on Jeff Skinner’s first period goal in the Sabres 5-2 victory over the Flyers on Wednesday night.

Fantasy Impact: Jason Pominville is having his best season in years in his return to Buffalo. Sharing time with offensive studs like Jack Eichel and Jeff Skinner has helped Pominville. Pominville’s totals on the year are 9 goals and 9 assists through 22 games. With first even strength line and second power play line duties Pominville should get many opportunities to keep up his current scoring pace. Pominville should be able to get between 50-60 points this season and should be owned and started in every fantasy format. 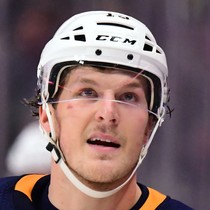 Jake McCabe scores a goal and an assist in Sabres win

Jake McCabe put up 2 points in the Sabres 3-2 win over Minnesota. McCabe scored his 2nd goal of the season in the first period. McCabe then assisted on Jason Pominville’s game-winning goal in the 3rd period.

Fantasy Impact: McCabe is having the best start to a season in his career. With the 2 points McCabe scored on Saturday his season totals are at 2 goals and 7 assists through 18 games. With a career high of 20 points in 2016-2017, McCabe is almost halfway to that total only 28 games into the season. McCabe has value in medium to deep leagues currently. If he were to get power play duty his value would raise even more.