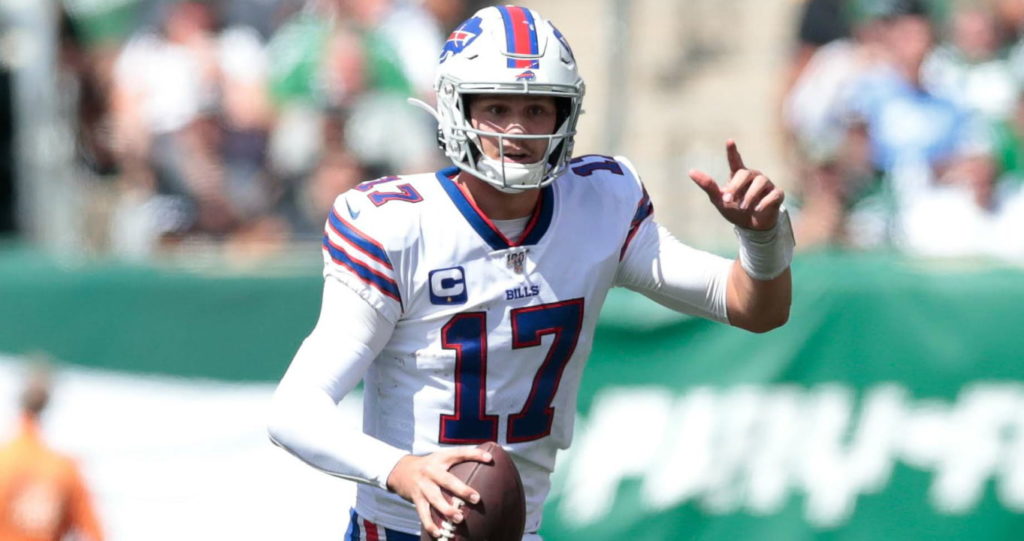 Josh Allen (BUF)
What we saw Allen do last season was truly incredible. With the addition of Diggs to this offense, the Bills opened things up and Allen absolutely flourished and put up ridiculous numbers. Heading into 2021, the entire crew is back – plus Emmanuel Sanders – and there’s very little reason to doubt that Allen can finish as a top-3 option yet again. The Bills will continue to lean on him in the run game and the offense should continue to click as it did last year. There’s a serious case to be made for Allen to be the first QB off the board in drafts this season.

Aaron Rodgers (GB)
For the time being, Rodgers is still in Green Bay. As long as he’s in a Packers uniform, we know what we can expect from him and that’s pure greatness. All Rodgers needs to be successful is his top receiver in Davante Adams and he can do magical things for fantasy football. While there’s a bit of uncertainty regarding this situation and where Rodgers will play in 2021, we shouldn’t be scared off of drafting Rodgers as a top-6 option again this season.

Cam Newton (NE)
One of my favorite streaming options at the QB position this year is Newton in New England. Did you know that before Newton contracted COVID-19 in Week 4 last year he was the QB7 in all of fantasy football? This was despite being put in a brand new system late in the off-season – which wasn’t really a true off-season – and without any true receiving weapons. Jakobi Meyers was Newton’s top receiving option in 2020 and that’s not going to lead to productivity from any QB! It certainly was not pretty from Newton, but he still brought consistent fantasy viability with his rushing prowess. Newton saw 42 (!) Red Zone carries last year and scored 12 rushing touchdowns and this was all while battling the after effects of COVID. With a full off-season in this system, plus the revamped receiving corps around him, Newton’s my favorite buy at the QB position based on his price tag. There’s a possibility that he doesn’t start the entire season, but when you’re streaming the QB position, you don’t need that guarantee. The upside is too much to pass up on with Newton and I’ll be drafting him everywhere that I can this season.