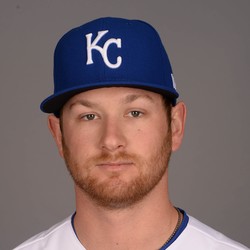 Ben Lively failed to get out of the third in Thursday's 8-2 loss to the Diamondbacks. He allowed seven earned runs on seven hits, two home runs and four walks. Lively dropped to 0-2 with a 6.85 ERA for the season.

It would not be surprised if Lively were sent to the minors. He's gone six innings only once in his five starts. Lively has allowed 34 hits in 23 1/3 innings and opponents are hitting .337 against him.

Although not part of the decision in Friday's game, Ben Lively went six solid innings against the Pirates. He allowed a run on five hits, tree walks and four strikeouts. Of his 96 pitches, 56 were for strikes.

Lively lowered his ERA from 5.87 to 4.64 after Friday's performance. He's struck out 21 while walking only six in 21 1/3 innings. Lively's reached only 100 pitches once in his first four starts and his outing on Friday was his longest this season.

The Phillies completed a sweep of the Rays with a 10-4 win on Sunday. Starter Ben Lively was not part of the decision, going only four innings. He allowed three earned runs on seven hits, including a homer run. On the positive side, Lively struck out five and did not issue a walk.

Lively has an excellent strikeout to walk ratio of 17 to three, but had allowed two home runs and 22 hits in 15 1/3 innings. After a solid first start, he's allowed eight earned runs over his last 9 2/3 innings.

Ben Lively struggled in the Phillies 6-5 win over the Reds on Monday. He allowed five earned runs on nine hits, including a home run in 5 2/3 innings. On a positive, Lively struck out seven and walked only two.

Lively reached the 100 pitch mark, throwing 65 for strikes. He has a high 5.56 ERA so far this season, but has a very good 12-to-3 strikeout-to-walk ratio and has allowed only a single home run this season.

The Phillies managed just three hits in a 2-0 loss to the Mets on Tuesday. Ben Lively started and was solid, allowing two earned runs on six hits in 5 2/3 innings. He struck out five and walked only one in his first start of the season.

Lively kept the ball in the park which was a big weakness of his last season. Of his 91 pitches, 62 were for strikes. His outing was second best from a Phillies starter behind Nola over the first four games.