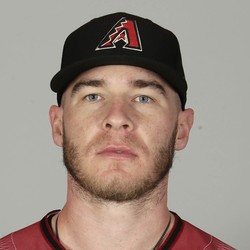 Oakland Athletics catcher Chris Herrmann recently underwent knee surgery and has been placed on the 60-day Injured List as a result.

While Herrmann's surgery was recent, it was not thought to require a lengthy recovery. Now, with Herrmann missing the first two months of the season, Nick Hundley and Josh Phegley will split catching duties for Oakland.

Chris Herrmann went 1-for-3 with a solo home run on Thursday against the Angels.

With Mike Zunino on the shelf with a bone bruise in his ankle, Herrmann is in line to see a decent amount of playing time going forward. He has enough power to potentially be relevant in an AL-only league, at least for the short term, but it's unlikely that he'll make a significant fantasy impact.

Chris Herrmann got the start on Saturday against the Marlins. Herrmann went 0-for-2 with a walk against Edison Volquez who dazzled with a dominant no-hit performance against the D-backs.

Normally going 0-for-2 with a walk would not be a notable performance, but when a pitcher has a day like Volquez it is impressive that Herrmann even reached base. Herrmann has struggled to find playing time as of late with counterpart Chris Iannetta swinging a productive bat, so it is unfortunate that Herrmann's start came on a day that Volquez was untouchable. Hermann has just one hit in his last 18 at bats.

Catcher Chris Herrmann went deep with an opposite field home run in Tuesday night's victory over the White Sox. The home run was his fifth on the year and made for three consecutive starts with a home run.

Herrmann has struggled to stay above the Mendoza line for most of the season, but seems to be turning it on as of late. Over the last seven days, Herrmann is hitting .417 to go with three home runs and four RBIs. He posted a .284 AVG in 2016 over 148 ABs so hopefully this hot streak will continue to bring him closer to a more productive average. The D-backs face LHP ace Jose Quintana on Wednesday, so keep an eye on whether manager Torey Lovullo opts to ride the hot hand in Herrmann or go with the right-handed hitting Jeff Mathis behind the plate against a lefty.

Chris Hermann played LF for the Diamondbacks on Sunday again, going 1-for-3, hitting his first home run this spring. Hermann is expected to be the backup catcher to Chris Iannetta.

Hermann is listed on the roster as a catcher, but has spent a lot of time this spring in the outfield. Arizona has a lot of players on the roster this year that can play multiple positions. Chris Owings, Brandon Drury, Daniel Descalso, and Ketel Marte have all seen time at multiple positions. This is good for the team in case there is an injury, but it would be bad for fantasy if they are trying to spread out the playing time. Everyone except for Pollock and Goldy would take a hit to their value.