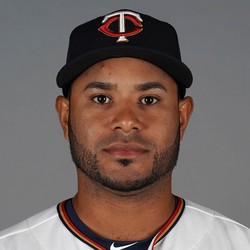 Yahoo 2B,SS
ESPN 2B
CBS 2B
Gregorio Petit with a grand slam

Petit launched the round tripper in the top of the 9th to pull the Angels within three of the Astros, but that was as close as L.A. would get falling 10-7.

It was the first grand slam for the Angels this season, and obviously a massive surprise that it came off the bat of Petit. It was his second long ball of the year, but just his fourth career home run in 293 at-bats. Leave him on the wire.

Gregorio Petit was sent down to Triple-A Scranton-Wilkes Barre to allow Chase Whitley to start last night, but was back in the Bronx, and starting at 2B, on Wednesday afternoon. Petit finished 0-for-2 with two strikeouts before Stephen Drew relieved him in the eighth inning.

This was the 11th appearance in 15 games this season for Petit. He had a .287 batting average in 97 at bats of 2014, so there is a chance that Petit can turn it around and his .261 OBP in 23 plate appearances is comparable to starting 2B Stephen Drew's .286 OBP. Drew does have five extra base hits, including four home runs, so he should not get the starting 2B job from Drew, but Petit should worry about Jose Pirela returning from his concussion issues. Petit was added after Pirela was hurt and Pirela's 1.063 OPS in Spring Training should signal a roster spot for him when he returns to the team.

Gregorio Petit was the starting second baseman for the Yankees against the Tigers and was 0-for-4, striking out in all four at bats. He has only two singles this season in 18 at bats, posting a .111 batting average.

Petit will continue to be the utility infielder as Brendan Ryan rehabilitates from a calf injury. Ryan is still in Tampa trying to work on his grade two strain, so Petit should continue to get playing time at second base and shortstop. Petit is a slick fielder, and had a .278 batting average last year, but does not appear to have fantasy value in 2015.

Gregorio Petit may have a big part for the Yankees during the 2015 season, as he has played both shortstop and second base frequently in the past few days. He finished 0-for-2 with a strikeout against the Orioles as the starting 2B on Monday night.

Petit is only hitting .222 thus far and is not an every day starter, but there is reason to be intrigued by him. The Yankees are still trying to sure up their middle infield and Petit can hit in the .270-.280 range. He should get 300 at bats this season and also had a .423 slugging percentage last year.

Chris Zolli5 years ago
Do Not Sell
Are you looking to contact Customer Support about a subscription or account related question?
Yes
No, I'm a California resident looking for the California Consumer Privacy Act form