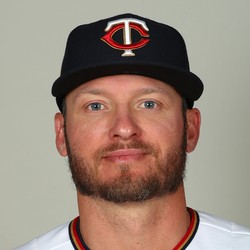 Mark Feinsand of MLB.com reports Josh Donaldson is in agreement with the Twins on a four-year contract.

The deal is worth $92 million with a fifth-year option to reach $100 million. Donaldson has been linked to the Nationals, Rangers, and Braves this off-season but ultimately lands in Minnesota.

The Dodgers are one of several teams that remain "in" on free agent Josh Donaldson.

The concern around the league is that the Nationals are going to pay up for the free agent Donaldson, either giving him the fourth year that he's targeting or increasing the average annual value of a three-year deal beyond what other teams are willing to pay. Donaldson has already shown signs of drop off at the plate, which is why teams are hesitant to commit to him beyond the three years. Still, Donaldson is obviously a valued commodity, and that should also be the case in fantasy baseball for 2020 given the 37 homers he hit in 2019.

Heyman notes that the Nationals are deciding on whether or not to give Donaldson a four-year deal. Washington seems to be competing for Donaldson with his former team, the Atlanta Braves. Whatever the case, Washington is in the market for a third baseman after losing Anthony Rendon to free agency. Donaldson's value will ultimately be tied to the lineup and home park he lands in, but he showed in 2019 that he still has something left in the tank for fantasy owners.

Donaldson settled for a one-year pillow contract last off-season and it sounds as if that gamble will pay off. He's reportedly being pursued by the Braves, Nationals, Phillies, and Rangers.

Donaldson played on a one-year deal with the Braves last year and had a bounce back campaign. He slashed .259/.379/.521 with 37 home runs and 94 RBI across 659 plate appearances last season. It has been rumored that Donaldson is looking for a multi-year deal and that the Texas Rangers were interested in acquiring him. His fantasy value should remain the same as long as he can stay healthy.