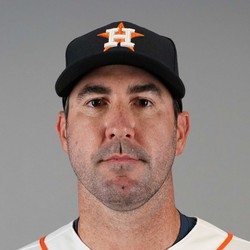 Shortly after the MLB hammered the Astros with severe penalties for their role in illegally stealing signs in 2017, Houston has fired both manager AJ Hinch and GM Jeff Luhnow Monday.

Houston decided to move on from Hinch and Luhnow after the team was caught illegally stealing signals in 2017. Both were suspended for 2020, but owner Jim Crane decided to clean house after the team was heavily penalized on Monday. Houston will search for a new manager and GM during an tumultuous offseason.

MLB has penalized the Houston Astros for illegally stealing signs during the 2017 season. The penalties include one-year suspensions for manager AJ Hinch and GM Jeff Luhnow, losses of first and second round picks in 2020 and 2021 as well as a fine of $5 million dollars.

It has been reported that no players are being punished. The MLB has come down hard on the Astros for illegally stealing signs and it’s $5 million fine was the maximum the league can levy. Red Sox manager Alex Cora could also be punished as he was a part of the team in 2017, that yet has to be determined. The Astros are talented enough to get by in the short-term, but the loss of picks will set them back in the future. The biggest surprise here is that there were no suspensions for the players, just management. The MLB wanted to send a strong message and did that by hammering the Astros to ensure this doesn’t happen again.

This is the second time Verlander has won the award. The first was way back in 2011. That gap in years shows how long the ace right-hander has been dominant for. In 2019 he posted a 2.58 ERA to go along with 300 strikeouts and 21 wins. He'll be 37 when the 2020 season begins but will still be a very early fantasy selection come draft season.

Verlander (21-6) allowed three runs on four hits and zero walks while striking out 12 over six innings in Saturday's 6-3 win over the Angels.

Justin Verlander (20-6) allowed two runs on six hits and two walks while striking out five through five innings in Sunday's 13-5 win over the Angels. He earned his 20th win of the season.

Verlander now has two 20-win campaigns in his career and is one of the favorites to win the AL CY Young Award. He owns a 2.53 ERA with 288 strikeouts in 217 innings this season. His next scheduled start is Saturday, away against the Angels.