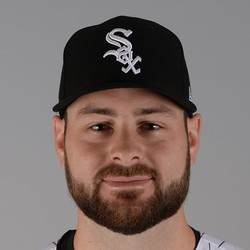 Giolito has been dealing with a strained chest muscle and soreness in his rib cage since camp opened. The 2019 breakout ace appears to be on the upswing as the calendar flips to March.

Lucas Giolito (chest) threw a bullpen on Saturday and said afterwards that he feels 100 percent.

Giolito has been dealing with a strained chest muscle but it appears as if he has gotten over the issue. The 25-year-old finally broke out in 2019, posting a 3.41 ERA with 228 strikeouts in 176 1/3 innings pitched.

Lucas Giolito (chest muscle) made throws from 150 feet on Tuesday.

Giolito is dealing with a strained chest muscle but isn't expected to miss Opening Day. The plan is for him to throw a bullpen by the end of the week so fantasy players can feel safe to draft him as you normally would.

Lucas Giolito is dealing with a strained muscle in his rib-cage area, and is expected to miss the first week of Cactus League play.

Giolito dealt with a couple minor injuries in 2019, but those seem to have subsided heading into 2020. This injury is not expected to impact his readiness for Opening Day, but it's relevant enough to keep an eye on.

Connor Rooney8 weeks ago
Lucas Giolito strikes out 12 in defeat

Chicago White Sox right-hander Lucas Giolito struck out 12 in a 6-3 loss to the Royals on Thursday. He allowed five runs over six innings.