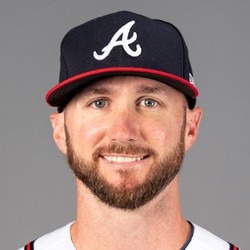 31-year-old outfielder Shane Robinson was placed on the 15-day DL on July 6 after spraining his ankle.

After being back in the lineup for only a month, Robinson will be replaced by Todd Cunningham while he rehabs. His current batting average is .215

Shane Robinson went 2-for-4 with an RBI and a run scored Thursday against the White Sox. He started in CF for an injured Jordan Schafer.

Robinson has been a useful utility OF for the Twins this season and should now see at least a few consecutive days in CF with Jordan Schafer dealing with a knee injury. He's hitting .342 with a .405 OBP, but there's no power to speak of with 12 of his 13 hits being singles. He could be a decent source of average, runs, and stolen bases in AL-only leagues, at least in the short term until Schafer comes back.

Shane Robinson went 3-for-4 with two RBI and scored once Sunday against the Indians. Robinson batted ninth in the Twins lineup as the starting center fielder with Jordan Schafer getting a day off.

Robinson is now hitting .368 in 19 AB, but without regular playing time can be left alone in most formats. Right now he only holds value in deep AL-only leagues, but could become more of a factor if the Twins have to plug holes due to injuries in the outfield at some point.

Robinson looks to be a long shot to make the opening day roster, which poses an issue as his contract includes an opt out clause if he is not on the major league roster by April 2nd. If he stays, he would most likely be used as a extra outfielder in case of injury.