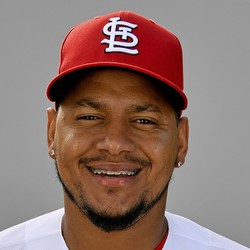 A short season could benefit Martinez, who could be a Top 40 pitcher.

Martinez's shoulder weakness pushed him to the bullpen, where he eventually successfully took over for Jordan Hicks as the closer for the Cardinals. His 2020 role remains in flux, as it appears he'll be given an opportunity to win back the starting role he so covets, but his success is far from assured. Martinez should provide value in the rotation or the bullpen, so given that you won't need to spend much draft capital to get him anyway, don't shy away.