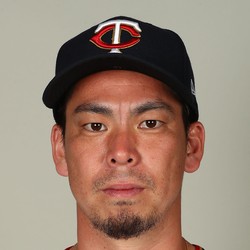 Arguably no player benefits more from a shortened season than Maeda. He won't be moved to the bullpen, and he's posted must-start numbers over his career as a starter. The Twins will be less incline to have him throw fewer innings, too, as they don't have the depth the Dodgers had.

One of the biggest beneficiaries of a shortened season

Maeda should be the rare pitcher who benefits from a move to the American League. The Dodgers have moved him back and forth from the bullpen to the starting rotation to manipulate his innings and avoid paying him bonuses for years. Now, he should stick in the Twins' rotation, and approach the 175 innings he threw in 2016. Given that he had the highest swinging strike rate (14.6%) and chase rate (34.8%) of his career last year and will be moving to a division that saw three of the other four teams rank in the bottom seven in runs scored in 2019, consider the needle on Maeda moving up.