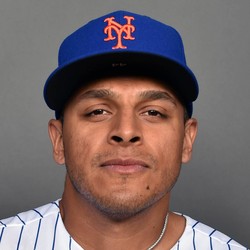 A.J. Ramos converts save in latest win for surging Mets

With Jeurys Familia unavailable on Wednesday night, A.J. Ramos stepped up to record the final two outs of the Mets’ 4-1 victory over the Marlins. Ramos yielded one walk in his 2/3 innings of work, recording his first save of the season and 100th of his career.

Ramos still has yet to allow an earned run this season (in 5 2/3 innings). He has a 0.88 WHIP and is a viable fantasy option for owners in holds leagues, particularly with the Mets playing well. In saves only leagues, Ramos remains nothing more than a handcuff for Jeurys Familia who should get a save opportunity every now and then when Familia is unavailable.