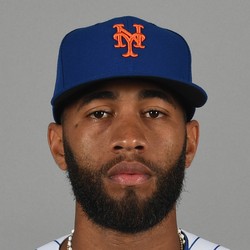 Rosario is still young enough that he may still improve upon his 15 homers, 19 steals and .287 batting average that fantasy owners received from him last year. His ceiling is nowhere near some of the top shortstops, but he will contribute in all five categories.

Amed Rosario told reporters that his absence from early summer camp workouts was a "team decision."

The fear was that Rosario's absence was related to COVID-19, however, the Mets were apparently staggering player arrivals over the weekend. The 24-year-old shortstop should be good to go moving forward. Rosario popped 15 homers and swiped 19 bases last season. He makes for an interesting middle-infield option late in drafts this year.

Brendan Tuma - Too Much Tuma5 days ago