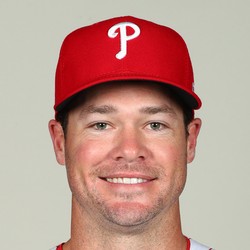 Andrew Knapp expected to catch later in the week

Phillies backup catcher Andrew Knapp is expected to catch later in the week as he works his way back from an injured ribcage, according to Scott Lauber on Twitter.

Knapp batted .213 and hit eight home runs over 136 at-bats in 2019 and is not relevant in fantasy unless there is an injury to J.T. Realmuto.