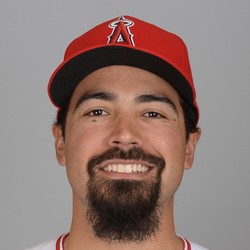 Free-agent third baseman Anthony Rendon is in agreement on a seven-year, $245 million contract with the Los Angeles Angels, according to multiple reports.

The Angels were reportedly in on Gerrit Cole before he signed with the New York Yankees, and it appears that they quickly pivoted to Rendon. The seven years and $245 million are the same numbers that the Nationals gave to Rendon's former teammate Stephen Strasburg earlier this week. Rendon is coming off a career year in 2019, hitting .319 with 117 runs scored, 34 home runs, 126 RBI, and five stolen bases, and he'll now join Mike Trout in the middle of the Los Angeles lineup.