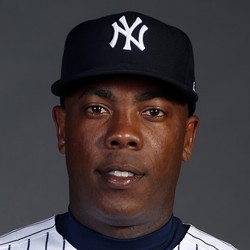 Aroldis Chapman and the Yankees have agreed on a new contract that will keep the lefty in New York through the 2022 season.

Chapman is essentially adding on one year and $18 million to his existing deal, which was for two years and $30 million. The All-Star closer was rumored to explore free agency if a contract extension wasn’t reached, but now that won’t be an issue. Chapman will be one of the top fantasy closers entering the 2020 campaign.