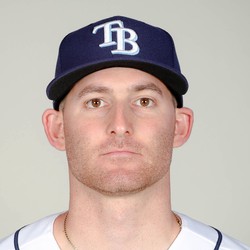 Cleveland Indians second baseman Brad Miller went 2-for-2 with a double, a homer, three runs, two RBI, and a steal in his team's 8-2 win over the Tigers on Tuesday.

Miller stuffed the stat sheet on Tuesday but it's been slow going for the veteran, who is hitting just .200. With Jason Kipnis expected back soon, Miller could soon find himself in a utility role or even released.