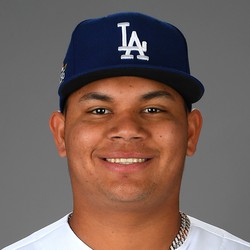 Cary Osborne of Dodgers Insider reports Brusdar Graterol's initial placement for the start of the 2020 season remains up in the air.

Graterol, who at one point was on his way to Boston in the Mookie Betts trade, was acquired from Minnesota in a swap for Kenta Maeda. The 21-year-old has an electric fastball and is expected to assume a high-leverage bullpen role for the Dodgers in the near future. However, the team has so many options to build their bullpen that they could ultimately start him out in the minors whenever baseball resumes this year.