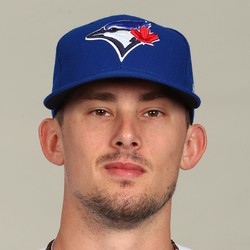 Biggio might not help in batting average, as we saw last year, but there is no doubt about it that he is a source of both power and speed. 20/20 seems like a near-certainty and there is room for more which sounds great with his 12th round price tag.

Biggio is slated to be the Blue Jays starting second baseman this season but could see time at center field, first base and designated hitter. If the 24-year-old second baseman can pick up multiple position eligibility it could help his fantasy value.