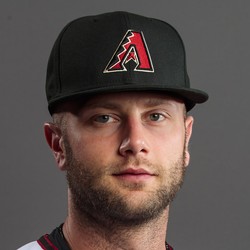 Walker finished as a top 15 first basemen with a near-identical stat-line to Paul Goldschmidt. He slowed down in the second half and the batting average won't be useful but unless Seth Beer forces Arizona's hand, Walker should again get 25+ homers for fantasy owners this year.

Christian Walker is making a slow start to ramping up Spring Training workouts due to general body soreness, according to manager Tory Lovullo.

Lovullo did not express concern, and noted that Walker could see game action as early as Tuesday. Walker surprised many in 2019 by batting .259 with 29 homers. He's expected to open the season as the Diamondbacks' starting first baseman.