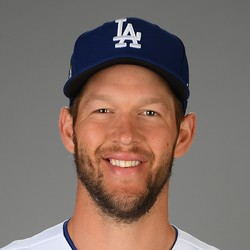 Peak Kershaw may be gone, but the version that remains is pretty darn good himself. Kershaw passed 175 innings pitched for the first time since 2015 despite starting the season on the IL, and although his ERA crept above 3.00 for the first time since 2008, his overall numbers remain elite. With strong win potential always present, Kershaw is a fine second starter on your staff. But his days of carrying a fantasy team are behind him.

Kershaw reached 67 pitches in the outing, and mostly dominated the minor league opponents he faced. He will take the mound for the Dodgers on Opening Day.