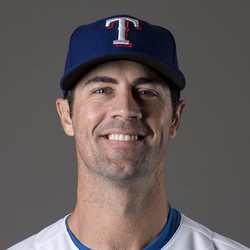 Cole Hamels (shoulder) is reportedly still "at least" a few weeks away from being cleared to throw.

The lefty, who signed with Atlanta as a free agent this off-season, is expected to report to spring training later this week for rehab. He'll likely begin the season on the injured list and will be re-evaluated in a couple of weeks.