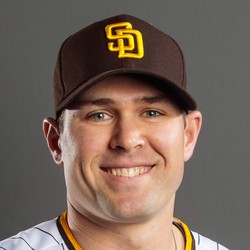 Robert Murray, previously of The Athletic, reports the Padres have reached a multi-year agreement with free-agent reliever Craig Stammen.

The deal is a two-year contract worth $9 million. There is also a club option for a third year valued at $4 million. In 2019 Stammen posted a 3.29 ERA in 76 appearances for the Padres, totaling four saves and a 1.16 WHIP. He'll remain a top set-up man for San Diego this season.