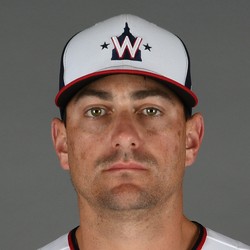 Hudson could take over the role from Sean Doolittle if the latter struggles out of the gate.

Daniel Hudson gets knocked around for four runs Thursday

Nationals reliever Daniel Hudson allowed four earned runs on four hits and no walks while striking out none over just 1/3 of an inning in Thursday's matchup with the St. Louis Cardinals.

After incumbent closer Sean Doolittle allowed three earned runs of his own on Thursday, Hudson entered the game with an opportunity to add some brownie points with a solid performance. He did quite the opposite, however, getting tagged for four earned runs while recording just one out.