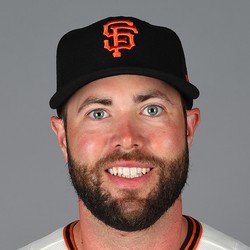 Darin Ruf goes 0-for-4 in loss to Cardinals

The Phillies managed just five hits in a 4-0 loss to the Cardinals on Thursday. Darin Ruf was one of many who struggled at the plate, going 0-for-4 with a strikeout. Ruf has been woeful offensively all season and is batting just .149.

Ruf is 3-for-22 over the last ten games. He has yet to hit a home run, has only two extra-base hits and has struck out 17 times in 47 at-bats. Ruf was supposed to provide power versus left-handed pitching, but has yet to produce. Ruf will likely start against Wei-Yin Chen tomorrow when the Phillies take on the Marlins.