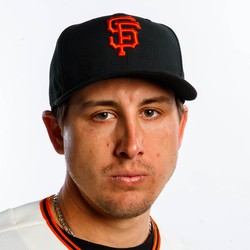 Derek Holland viewed as a starter by Pirates

Holland appeared to have the inside track to the Pirates' fifth starter job back in spring training 1.0 and that still appears to be the case. The 33-year-old made eight starts last year but mostly pitched out of the bullpen. Pittsburgh is going through an analytics overhaul this year, which could possibly help a guy like Holland.