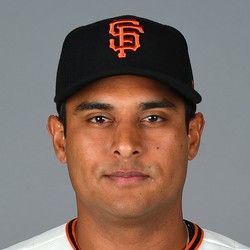 Donovan Solano and the San Fransico Giants have agreed to a one-year, $1.375 million contract, per Bob Nightengale.

Solano will return to the supplementary role he previously held in 2019. He was productive in that role hitting .330 with four home runs in 215 at-bats, although his BABIP (.409) would suggest a little regression is coming. Due to his low volume role, Solano is not expected to be a reliable fantasy option to start the 2020 season.